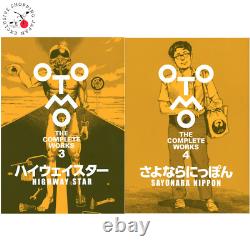 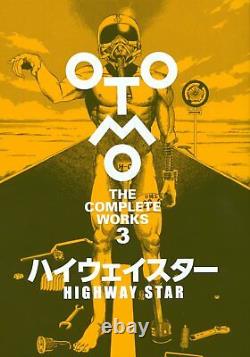 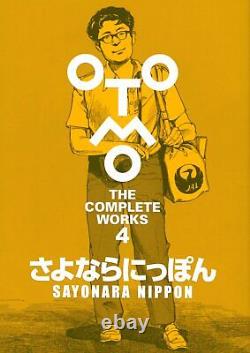 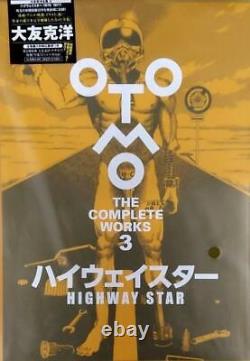 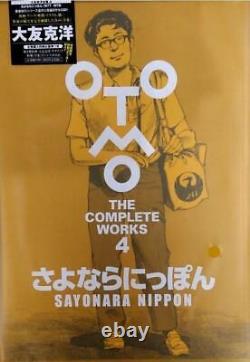 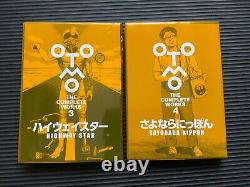 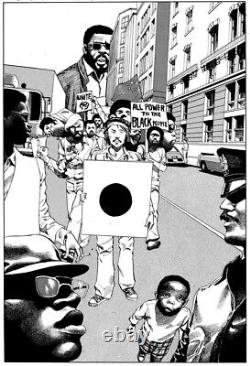 OTOMO THE COMPLETE WORKS 3 & 4. Highway Star / SAYONARA NIPPON. A collection of 12 short manga by Katsuhiro Otomo, created between 1976 and 1977 when he was 22 or 23 years old, in the order in which they were published.

The collection includes two stories from the book "GOOD WEATHER" (1981) and three stories including the title story from "Highway Star" (1979) published by Futabasha. Although none of the stories are included in the book for the first time, all of them are currently available only in this book, as the previously published books are all out of print. Of course, all of the works included in the book are based on the latest data created from the original drawings, and the aged deteriorated parts have been repaired and printed on high quality paper. The new size of the book will provide readers with a new encounter with the works, regardless of whether they have read them before or not.

All colored manuscripts are reproduced in color for a complete edition! A Japanese boy leaves his hometown in Japan and comes to the U. By himself to open a judo and karate dojo in a corner of New York City. In New York, a city of diverse people of all races, genders, and lifestyles, he is frustrated as he struggles to recruit students, and the series "Sayonara Nippon" depicts the incidents and disturbances he gets involved in and the struggles and setbacks he sometimes faces.

This third book by Katsuhiro Otomo, published by Futabasha in 1981, is the author's first serial work in a series with the same main character. It is a collection of the title story (5 stories) published in Futabasha's "Manga Action" magazine from 1977 to 1978, when the author was 23-24 years old, and 8 short stories published around that time.

The short stories include three from "Highway Star" (1979, Futabasha), four including the two title stories from "GOOD WEATHER" (1981, Kitan-sha), and one from Her Thoughts... The color pages have been reproduced as they were when first published, and the author's own commentary is included in this complete edition!

Manga artist and film director. He made his debut in "Manga Action" in 1973.

His representative works include "Dome" and AKIRA. In 1988, he produced his own animation film "AKIRA", which was highly acclaimed outside of Japan and became the pioneer of the Japanese animation movement (Japanimation) overseas.

In 2013, he was awarded the Medal with Purple Ribbon by the Japanese government, and in 2014, the Officier de l'Ordre des Arts et des Lettres by the French government. In 2015, he won the Grand Prize at the 42nd Angoulême International Manga Festival (France). Release date : May 20, 2022. Dimensions : 17.6 x 2.5 x 25 cm. Please check item specifics for more information about this product. Feel free to message us with any. Regarding our store and items listed. This item is in the category "Collectibles\Comic Books & Memorabilia\Manga & Asian Comics\Single Volumes". The seller is "exclusiveshoppingjapan" and is located in this country: JP. This item can be shipped worldwide.